LOOK AT THE NEW PURDY!! 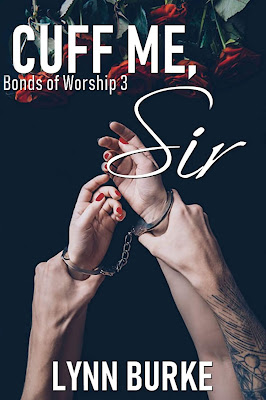 He promises distraction from her grief.

She falls captive to his heavy hand.

Luna fulfills Rian's desire to be needed, but will the truth of who he is break her trust? 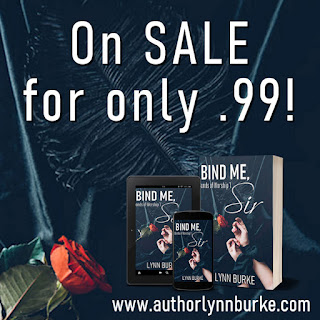 BIND ME, SIR, BONDS OF WORSHIP 1, IS ON SALE THIS WEEK ONLY!

Jordan knows everyone wants to use him for his family name and wealth.

Natalie is forced to take on the heavy responsibility of a troublesome sibling.

Can Natalie prove to Jordan that the only thing she wants from him is his love and dominance? Or will a misunderstanding cause Jordan to lose the submissive of his dreams?

Posted by Author Lynn Burke at 9:00 AM 2 comments:

As we wait for Flog Me, Sir, the second in my Bonds of Worship series, to release on October 15th, I’m sharing the first chapter in parts this week. Today is the final scene!!

“This is Lissa, my shadow and an absolute delight,” Mrs. Hummel said, and I blinked at the praise. “She’s also the Laurents’ greatest asset on this estate.”
My face flamed at her words, but Garret’s touch as she handed my hand off to his sent that heat clear through to my toes, soaking my panties in its flare downward.
“Lissa.” His voice held a smooth melodic note as he tipped his head to the side as though studying me.
My knees knocked. “Mr. Edwards,” I managed a nod of greeting, all good sense flying out of my head with every thought except you’re gorgeous—can I die now?
“Garret. I insist.” The twinkle in his eyes deepened as though he knew he’d ruined my panties, and I pulled my hand from his.
“A-a pleasure, sir,” I said, turning toward Mrs. Hummel. Brow raised, she glanced at Garret as he cleared his throat. “If you’ll excuse me?” I hurried away, intent on gathering linens—and escaping the first man I’d ever met—had ever seen—who was capable of turning me into an addict.
His two female companions stinking of expensive perfume didn’t move as I approached the doorway, and my face flamed again as I was forced to beg their pardon.
One snickered, the other called to Garret, saying something about being in a rush.
I escaped to the gardens, the tents beyond, busying myself with gathering table cloths while the caterers cleaned up.
Giggling drew my focus off work, and I glanced over my shoulder to find Garret and his two women walking off into the night—toward the old stone church snuggled against the far woods. Jealousy stabbed me in the stomach as previously heard rumors whispered by the help rose to my mind.
Once a place of gathering to sing praises to God, the church had become a house of a whole different kind of worship. Being well read in the romance genre, and a tinkerer of words toward the spicy side of stories, I knew a bit about the lifestyle the Laurents and their close friends enjoyed.
But the furniture inside, the instruments of torture and pain, I could only guess at.
Garret strode toward the church as though he owned it—and the women hanging on him. The door opened beneath his hand, and all three slipped inside. Seconds later, a light shone in the front window, dim behind frosted glass.
I turned away, hating my churning stomach. With no right to be jealous, I yanked a linen free of one of the round tables, determined to erase my scowl. Focusing on another story scene in my mind didn’t help—and my hero and heroine took a decided kinky turn in their budding relationship. 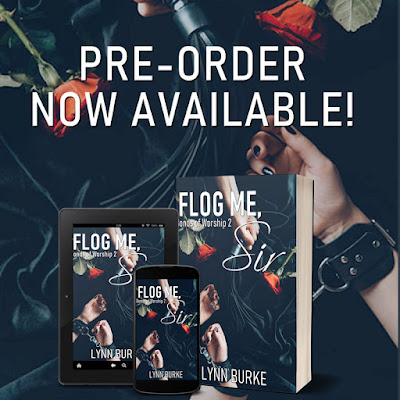 Posted by Author Lynn Burke at 9:28 AM No comments:

Posted by Author Lynn Burke at 9:12 AM No comments: