#MWTease "If I could, I’d have thrown that damn rooster in the oven." DIVULGING SECRETS #RomanticSuspense 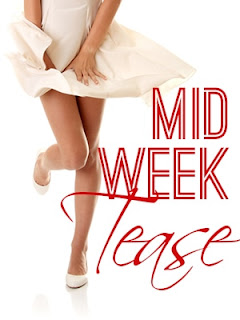 It's that time again!

Here's a little tease from Divulging Secrets, my romantic suspense novella that released earlier this year. A little background...

Candace Lake's testimony against her father landed her in the Witness Protection program. With a new identity comes a new beginning, one based on lies and loneliness. How can she find someone to share her future with when a relationship without trust at its foundation won’t stand the storms of life?

Tom Berkley didn’t expect his new tenant to make him question his solitary lifestyle in the backwoods of Maine. He also didn’t expect to be caught up in the secrets of her past that bring his own tragic ones to the forefront of his mind.

The sizzling chemistry between them can’t be ignored, but when the threats from Candace's turbulent past catch up with her, can she trust Tom enough to protect her from the price on her head?

My landlord … dark, curly hair brushing his collar, square jaw like Brad Pitt, and the greenest eyes I’d ever seen … holy shit, was he hot. And, curious. He’d thrown me for a loop when asking about what I’d done for work in Saugus.

Charlie, my babysitter, had told me that Tom knew I was in the witness protection program, but assured me he knew nothing else. Did Tom question merely to strengthen my story as Charlie did? Or, was he simply curious about my made-up life?

I put the surprisingly good goat’s milk in the fridge and sat at the small kitchen table, taking stock of that new life to put my landlord from mind. Tiny house with two bedrooms that both could have easily fit inside the one in my condo. A three-quarter bath—not even a tub to soak in—and an electric stove less than three feet wide.

“Not that I can cook,” I muttered. If I could, I’d have thrown that damn rooster in the oven.

“Give him a little pet,” I mocked Tom, shaking my head. The little fucker had crowed at the rising sun.

At least my two babysitters would get me a full load of groceries the next day. I’d had them grab me a couple of cooking magazines along with staples I’d asked for so I could learn a thing or two. I’d made up my first weekly menu and grocery list the night before, but I needed to call Charlie to tell him what I needed.

I finished my coffee without picking up my pen to write in my new notebook. No memoir allowed.

Sighing, I meandered around my temporary house until I found myself at the living room window facing Tom’s. At least no high concrete walls block out the world, I thought while sipping my coffee.

The farm sang with life. Trees full of unripe, unrecognizable fruit stood in staggered lines down a slight hill to my left. Flowering bushes and weeds lay across the clearing, bees buzzed nonstop around them to gather nectar.

Tom had pulled off his shirt and continued his sheet mulching in the large fenced-in area.

Muscles rippled along his broad shoulders and back, and my fingers itched to trace every single one of them.

Charlie was the type of guy women swooned over, but Tom…

I swallowed more coffee, gaze glued to him as he moved, desire rolling over my skin and settling between my thighs. Tom was the type a woman would fall for. Kind, hard-working, hot as hell, and he cooked and cleaned.

Be sure to swing by the other teasers this week!!

Posted by Author Lynn Burke at 6:00 AM