#NewRelease #FriYAY! THE SOUL OF TIME by Jennifer Macaire #TimeTravel 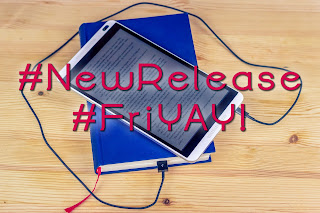 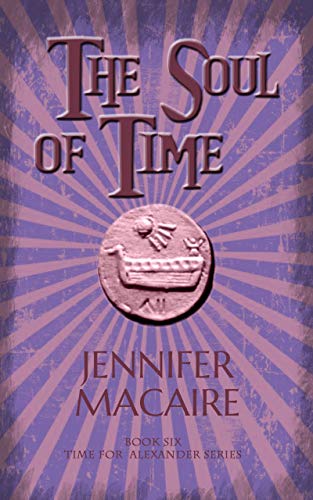 The Soul of Time


THE SOUL OF TIME

In the Land of Ice and Darkness, time-traveller Ashley faces the terrible Thief of Souls

(The Time For Alexander Series Book 6)

Ashley and Alexander come face to face with Volterix, the terrifying Thief of Souls – a druid with powers to stop time and change the future of the world.
Ashley and Alexander must travel to the far north in order to stop the Volterix from irrevocably changing time. With Alexander's soul, and Paul as his puppet, the druid hopes he can stop the Roman legions from conquering Europe and thus save the druids from extinction. But Ashley knows that will not happen without the mysterious Time-Senders erasing all their lives.
In order to save herself, her children, and the men she loves, she has to somehow get Alexander's soul back and find the druid's lair.

‘I see.’ Plexis said. ‘So, in your time, can atoms be taken apart and rearranged? Can you create other things besides water with water atoms?’ His questions were always tricky.

‘We can. In my time, scientists have discovered many different ways of using atoms, either in their natural state or in artificial combinations.’ I broke off and frowned. I wasn’t sure just how much to tell him.

‘And one of the ways they use the atoms is for weapons, is it not?’ Plexis peered at my face. His eyes were searching. He could see right into my heart.

‘A sacrilege? In this time and place?’ Plexis’s voice was gentle.

‘Then tell me another story. In the three thousand years that separate your time from mine, there must have been countless storytellers who wove their tales. Are there any you love the best? Can you tell me one that I’ll understand and love the way you do? Do poets still recite adventures like Homer did? Do they still tell stories to entertain, or have all the poets died and the stories vanished?’ His voice wavered.

‘They haven’t vanished. I’ll have to think though; I love so many stories.’ I sighed.

He reached over and touched my cheek lightly. ‘Tell me you love me.’

I looked up at him. His expression was serious. I smiled and tucked a stray curl back behind his ear. ‘Of course I love you,’ I whispered.

He looked at me through long lashes. ‘I love you too, Ashley of the Sacred Sandals, and I have a confession to make.’ He paused. ‘When you were kidnapped, so long ago in Arbeles, it was I who arranged it.’

Arbeles. The word was like a stone thrown into a pool of water. The ripples spread, and I remembered the panic of my abduction, the four days of fear spent in the bottom of a wooden boat heading for an unknown destination. Then the desolation of a year in my temple prison in a silence that no one would break, even when my son was born and stolen from me.

I closed my eyes and found I was trembling. I looked down at my hands. They were gripped together, fingers twisted, knuckles white. Even now, even ten years later, the memory felt like a nightmare.

‘Why?’ I finally asked. I didn’t dare look at him. I was afraid to. My gaze was as frigid as an arctic winter – and that was when I was happy. Right now it would freeze the atoms in his eyeballs.

– Jennifer Macaire is an American living in Paris. She likes to read, eat chocolate, and plays a mean game of golf. She grew up in upstate New York, Samoa, and the Virgin Islands. She graduated from St Peter and Paul High School in St Thomas and moved to NYC where she modelled for five years for Elite. She went to France and met her husband at the polo club. All that is true. But she mostly likes to make up stories